Are you sure you want to reset the form?

Your mail has been sent successfully

Are you sure you want to remove the alert?

Your session is about to expire! You will be logged out in 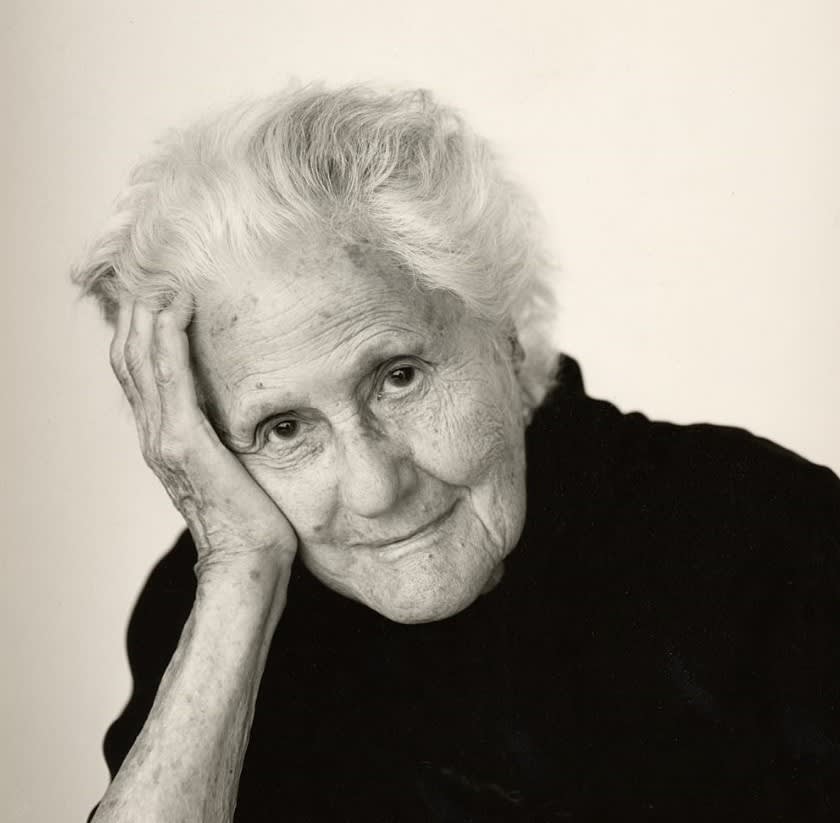 The Hungarian-American industrial and ceramic designer Eva Zeisel was born in 1906. She was the first female potter to train in a Budapest craft guild, and lived in both Germany and Russia before spending 16 months in a Soviet prison, on the false charge of plotting to assasinate Stalin. Once freed from prison and living in Vienna, she was again obliged to leave her country of residence, this time because of the growth of the Austrian Nazi Party, and she fled to London and then New York with her new husband, Hans Zeisel. In the US Eva re-established herself as a designer, teaching at the Pratt Institute and presenting an exhibition at MoMA. Zeisel lived in the US until her death in 2011, aged 105. Read more about Zeisel's life and work in the Bloomsbury Encyclopedia of Design. 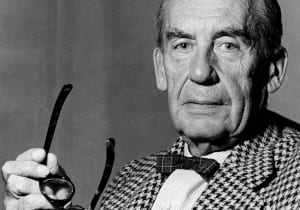 One of the twentieth century's most influential architects and design educators, Walter Gropius founded the Bauhaus in 1919. Read an overview of his career from the Bloomsbury Encyclopedia of Design and extracts from his foundational writings 'Theory and Organisation of the Bauhaus' and 'Bauhaus Dessau: Principles of Bauhaus Production'. 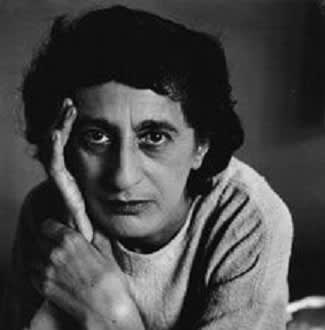 Anni Albers was a German-American weaver and textile designer. Born in Berlin in 1899, she went on to study at the Bauhaus. Discouraged from taking certain classes, Albers enrolled in the weaving workshop and made textiles her key form of artistic expression. After marrying Josef Albers in 1925, she wrote and taught at the Bauhaus for several years; you can read her article 'Design: Anonymous and Timeless' in our series of Critical and Primary Sources. The Albers emigrated to the United States when the Nazis came to power in Germany, taking up posts at the newly-created Black Mountain College. Anni Albers' creative practice, and her promotion of weaving, had a profound and long-lasting impact on American textile design. 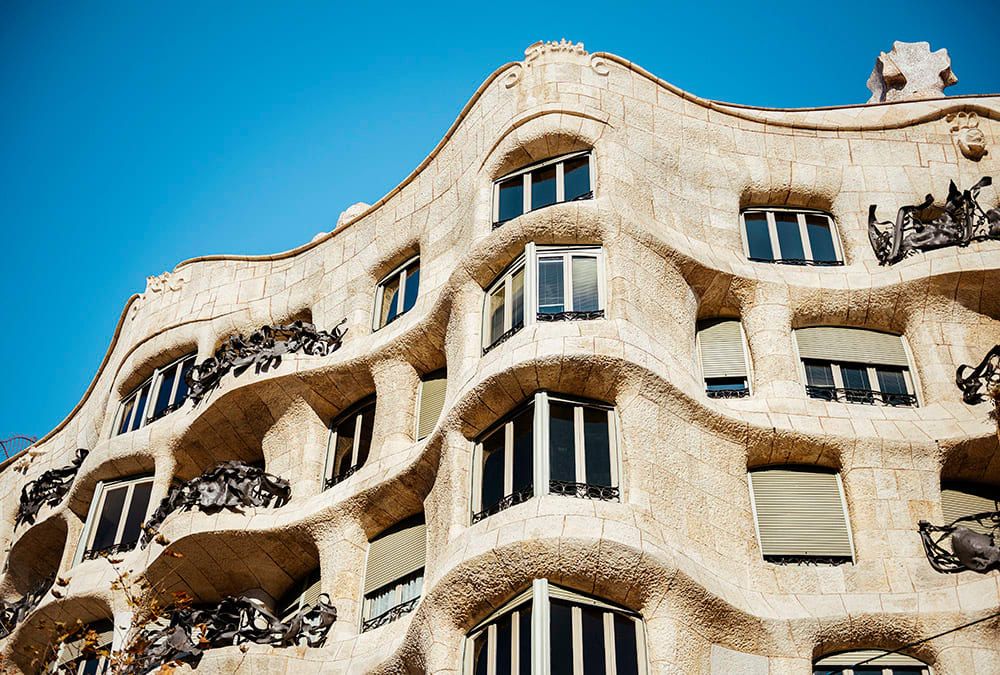 Gaudí's most famous works include Casa Milà (pictured here), Casa Batlló and Park Güell, though the Sagrada Família is widely considered to be his greatest masterpiece. You can read about Gaudí's unique take on Art Nouveau in Clive's Edwards entry on Modernismo in the Bloomsbury Encyclopedia of Design, and to appreciate his work in context, see Victor Margolin's writing on Spain in the World History of Design. 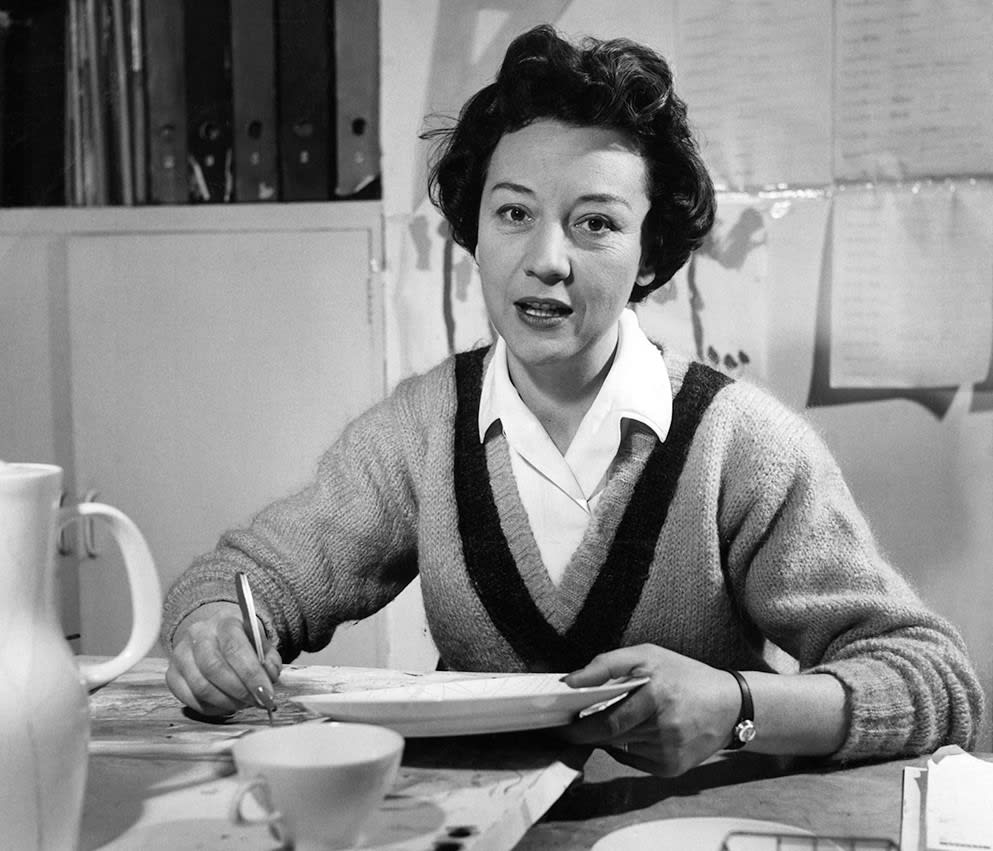 Lucienne Day was a leading British textile designer. She was made Royal Designer for Industry in 1962 and became the first female Master of the Faculty of Royal Designers for Industry in 1987. Her abstract pattern-making brought modern elegance into the post-War British home, and her groundbreaking textile print 'Calyx' featured in the 1951 Festival of Britain. You can read more about Day's pioneering career in Francesca Baseby's short biography of her in the Bloomsbury Encyclopedia of Design, and for more information on her textile designs, see Jessica Kelly and Ness Wood's entry on Heal and Son. 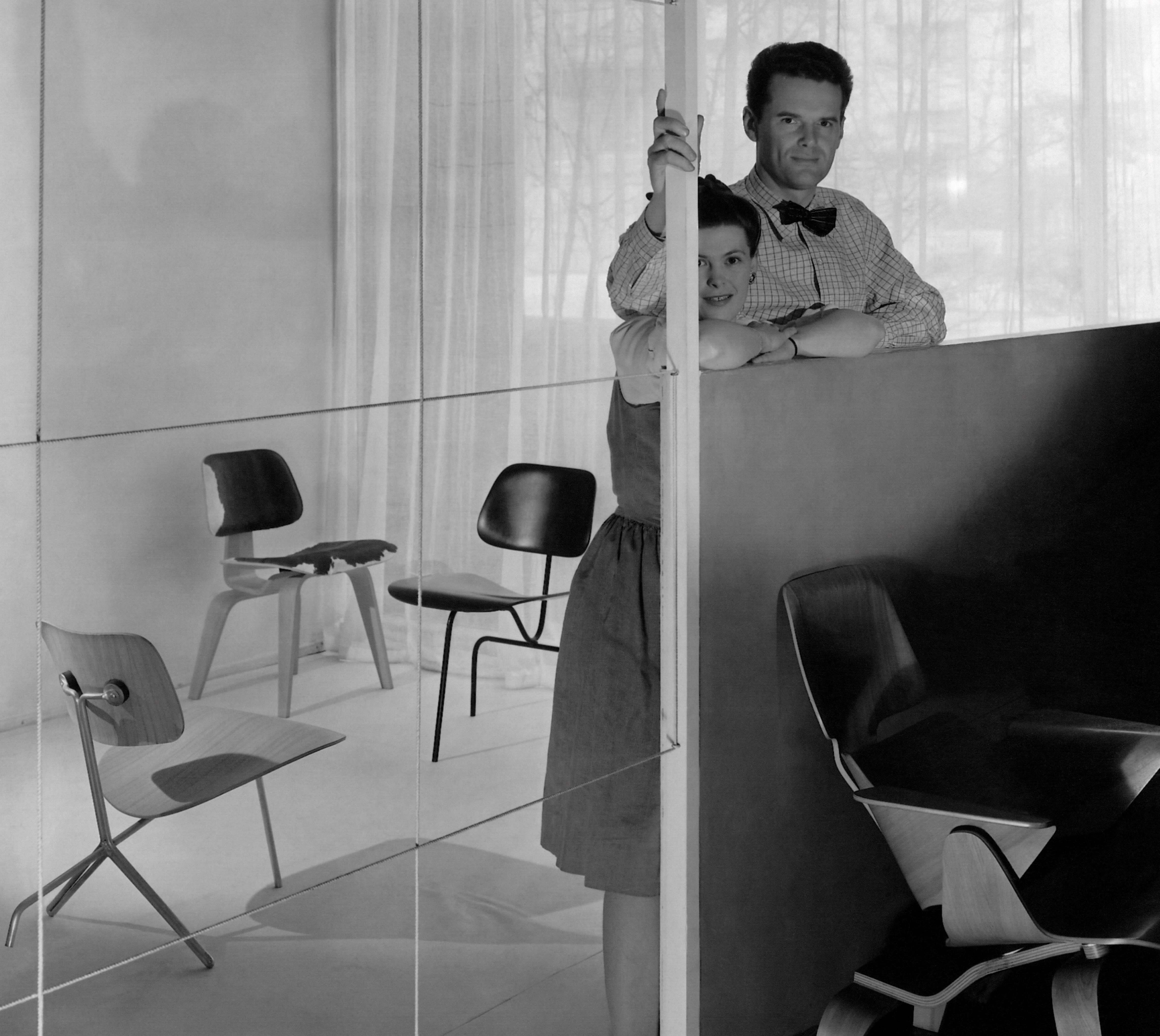 Charles and Ray Eames were an American husband and wife design team who did much to define the aesthetics of postwar modernity, particularly in the United States, through the success of their plywood moulding system and various design projects. You can read more about the Eames' pioneering work in Robert Chester's overview of their careers in the Bloomsbury Encyclopedia of Design, or for detail on the various prizes their designs won, see the sections on design education and the role of designers in Victor Margolin's World History of Design. 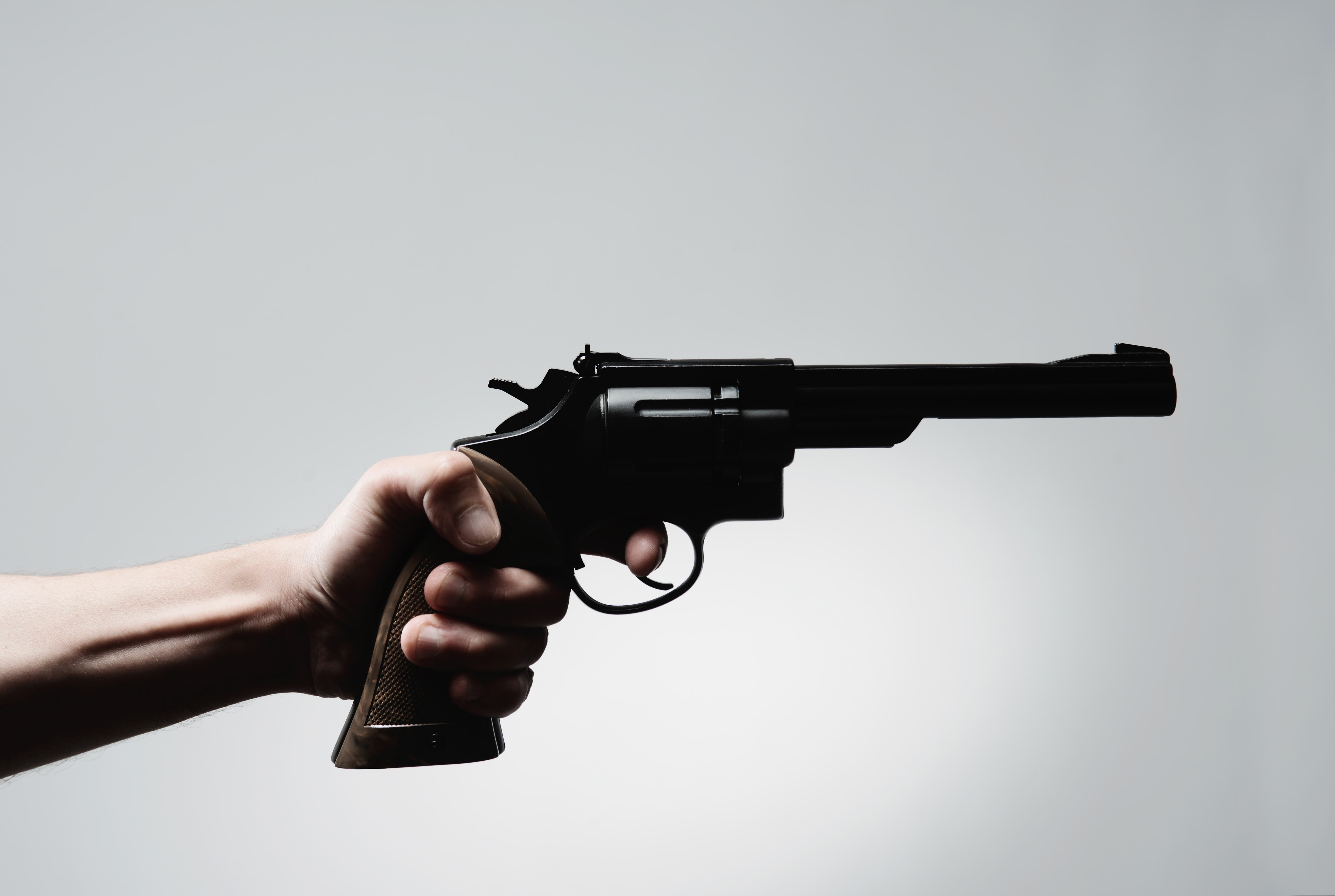 When Design is Difficult

This important new area of design academia addresses the moral complexity of designed objects and systems. Guns, for instance, are created by designers. What is the correct ethical framework for such a designer to work within? Euthanasia - although an experience rather than an object - is a similarly controversial designed thing. In their edited collection Tricky Design, Tom Fisher and Lorraine Gamman explore the moral complexities which design can in turn both help and hinder. 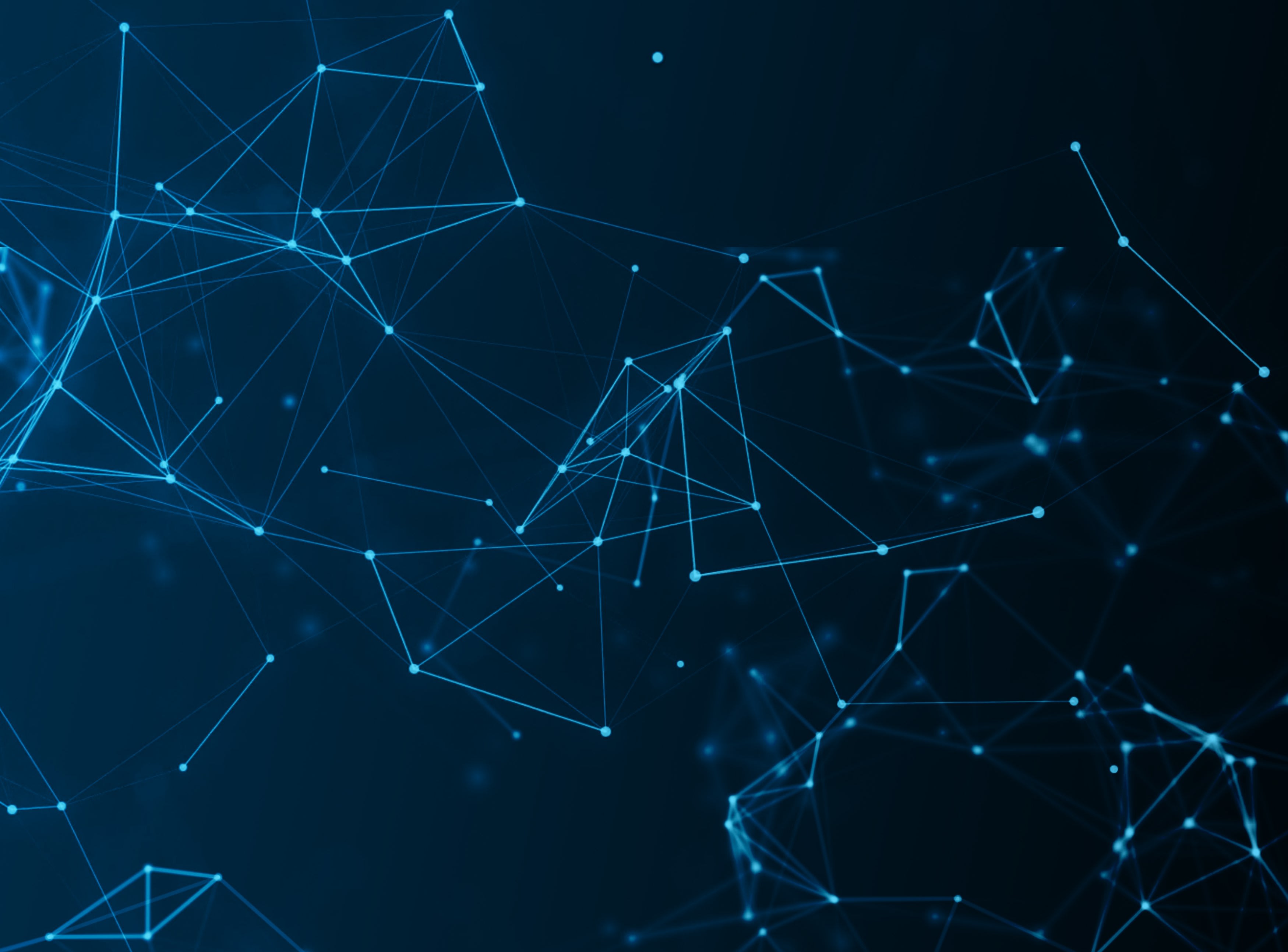 The definition of a 'designed object' has changed vastly in recent years. Thus, phones, laptops and fitness trackers do not take a purely physical form - they are networked, dynamic, and often capable of learning from us just as much as we - their users - are from them. This transformation in the meaning of 'designed objects' led Johan Redström and Heather Wiltse to produce their new title Changing Things. In it they address critical questions which have assumed a fresh urgency in the context of these rapidly developing forms, and they propose a radical new system for understanding and relating to objects. 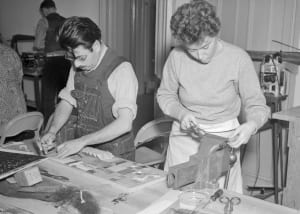 Women of the Bauhaus

Many, although not all, women students at the Bauhaus were apprenticed in the weaving workshops, where makers such as Anni Albers developed techniques that were both formally and artistically innovative. In their study of women at the Bauhaus, Patrick Rössler and Anke Blümm reveal how women also made an important contribution in a range of areas including photography, printmaking, drawing, and even in the male-dominated field of architecture. 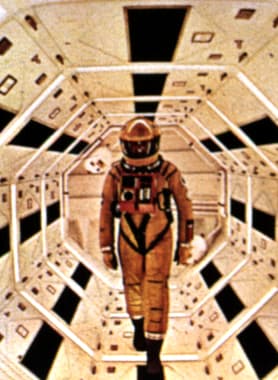 The films of the legendary director Stanley Kubrick are testament to his holistic and perfectionist approach, and throughout his career, he collaborated with key figures from the worlds of fashion, production and graphic design to create unforgettable cinematic spectacles. The production designer Ken Adam created both the NORAD control room in Dr Strangelove (1964) and the loving recreation of eighteenth-century England of Barry Lyndon (1975). Saul Bass designed the opening and closing sequences of Kubrick's Spartacus (1960) and the film poster for The Shining (1980). Read Pat Kirkham's account of Saul and his partner Elaine Bass's work in film design, and how Bass's background in graphic design for advertising influenced his distinctive use of striking symbols, modern typography and hand lettering. Kubrick's totalising vision and attention to detail is evident in his 1968 masterpiece 2001: A Space Odyssey, on which Kubrick collaborated with production designer Anthony Masters and art director Ernest Archer, from the stunning sets of the spaceship USS Discovery One down to the cutlery used by its astronauts, which was designed by Arne Jacobsen for the restaurant of the SAS Royal Hotel in Copenhagen. 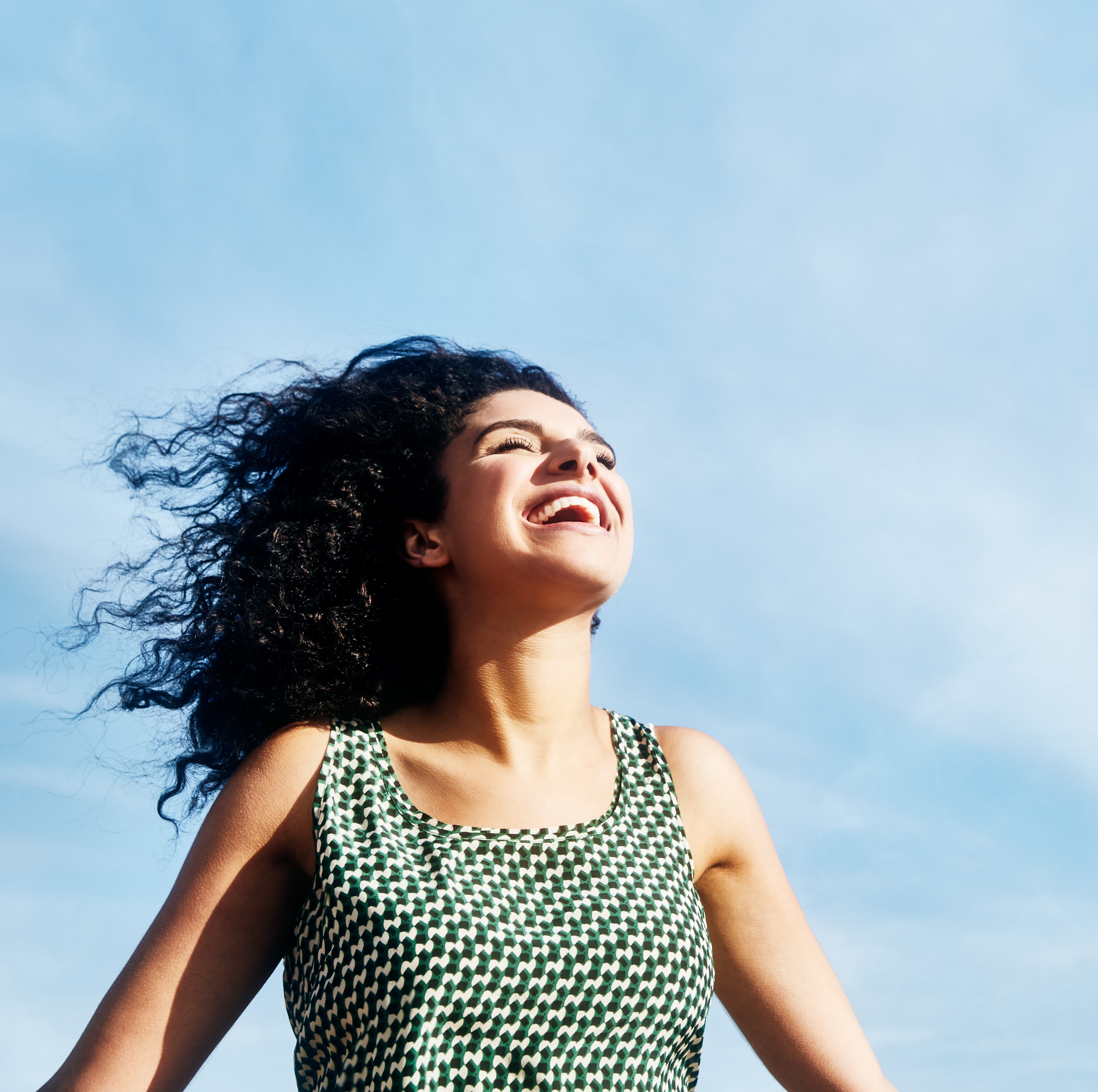 The Bloomsbury Design Library features a range of books and articles which consider the relationship between design and wellbeing. Gretchen C. Rinnert's 'Designing for a Better Patient Experience' showcases how designing better doctor-patient communication can mitigate unnecessary anxiety and discomfort for hospital patients, while Jonathan Chapman's 'Emotionally Sustaining Design' explores the way in which designed objects inspire and alter our emotions, sometimes radically. The Bloomsbury Encyclopedia of Design also features a range of relevant articles; see the entries on care, comfort, health and safety design and healthcare design. 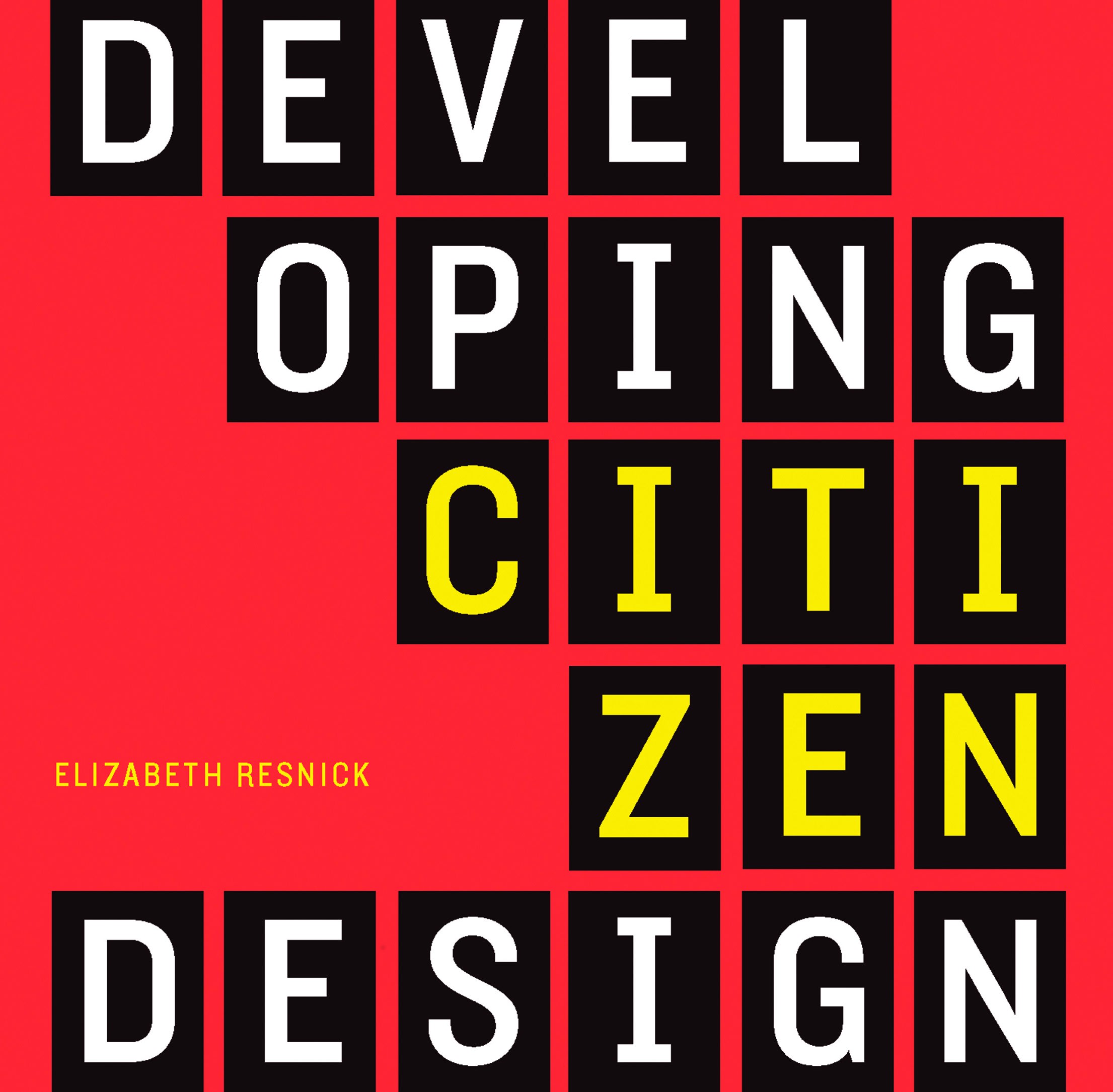 Elizabeth Resnick's Developing Citizen Designers sets out to empower students, educators and designers in the early stages of their careers to learn and practise design in a socially responsible manner. Developing Citizen Designers is a practically and pedagogically focused book, with each chapter addressing a particular area or issue within design practice and education, with an overview framing essay, interviews with practitioners and educators, and assignment briefs through which the reader can understand the process by which a design project is briefed, developed, and the outcomes assessed. 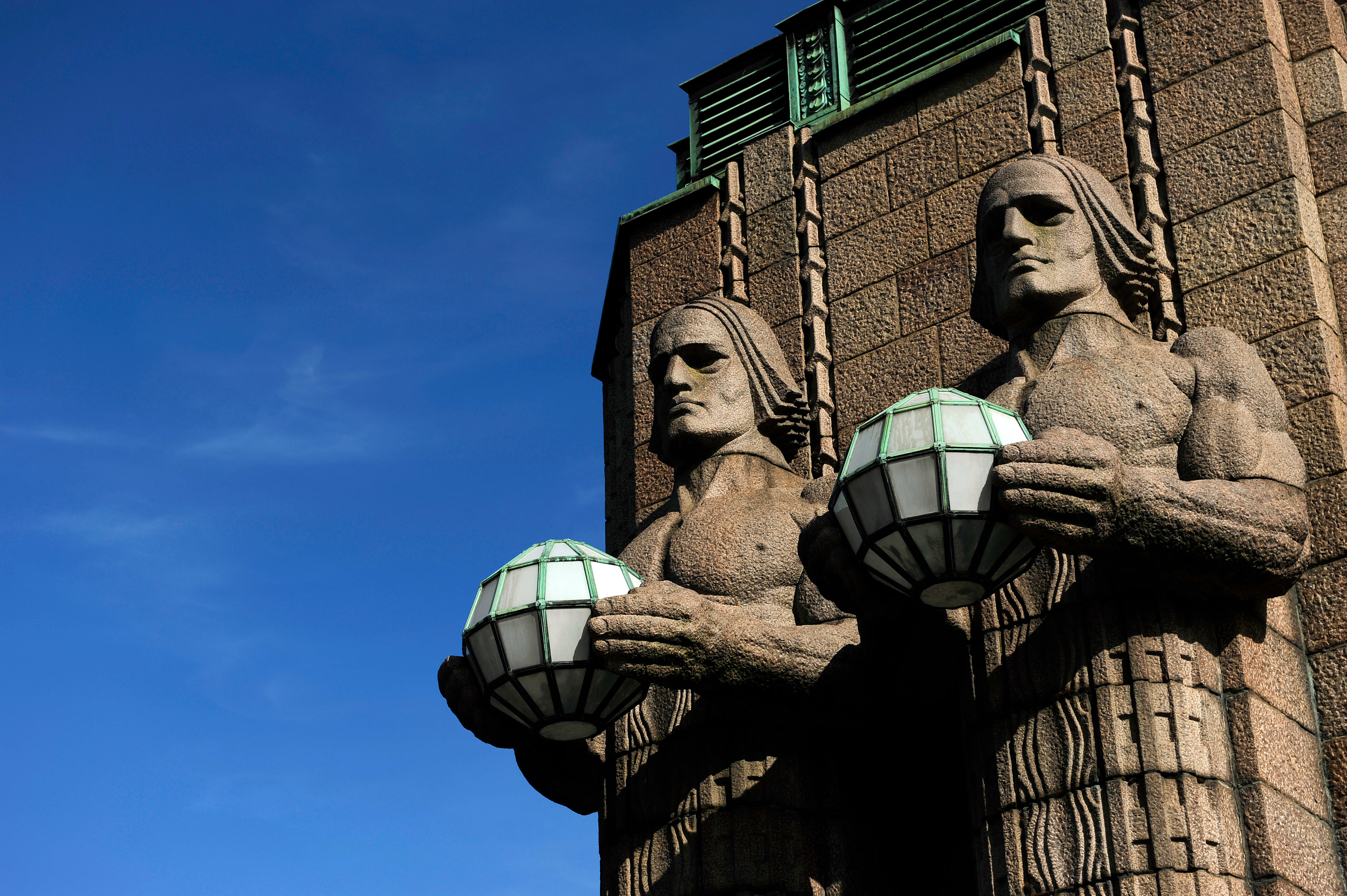 Bloomsbury Design Library features a wealth of scholarship on Scandinavian design. Charlotte Ashby's Modernism in Scandinavia and Kjetil Fallan's Scandinavian Design both provide critical overviews of the region and its designerly output as a whole, focusing on the eventful twentieth century. Mark Mussari's Danish Modern focuses on Denmark between the pivotal years 1930-1960 and Sara Kristoffersson's Design by IKEA explores the style and influence of the internationally renowned Swedish brand. 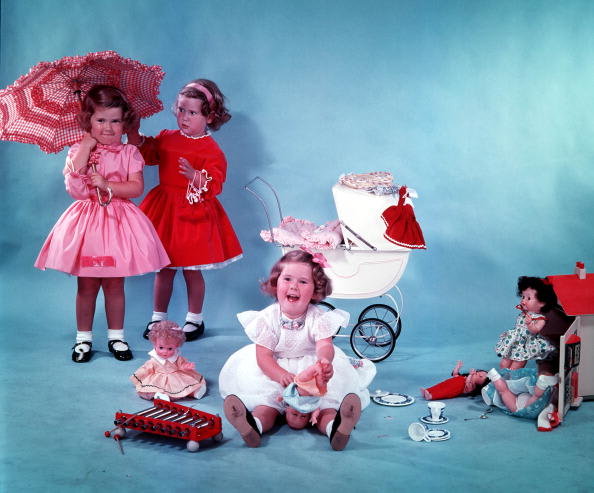 The Bloomsbury Design Library features an impressive range of texts relating to the theme of play. You can read about the Swedish toy manufacturer Brio, Mattel, the US company which created Barbie and various iconic toys and brands, including Rubik's cubes and Hello Kitty. The notion of toys such as dolls and soldiers enforcing particular gendered roles is now widespread - you can read about this in Kate Hepworth's fascinating article on gender and design objects in the Bloomsbury Encyclopedia of Design. 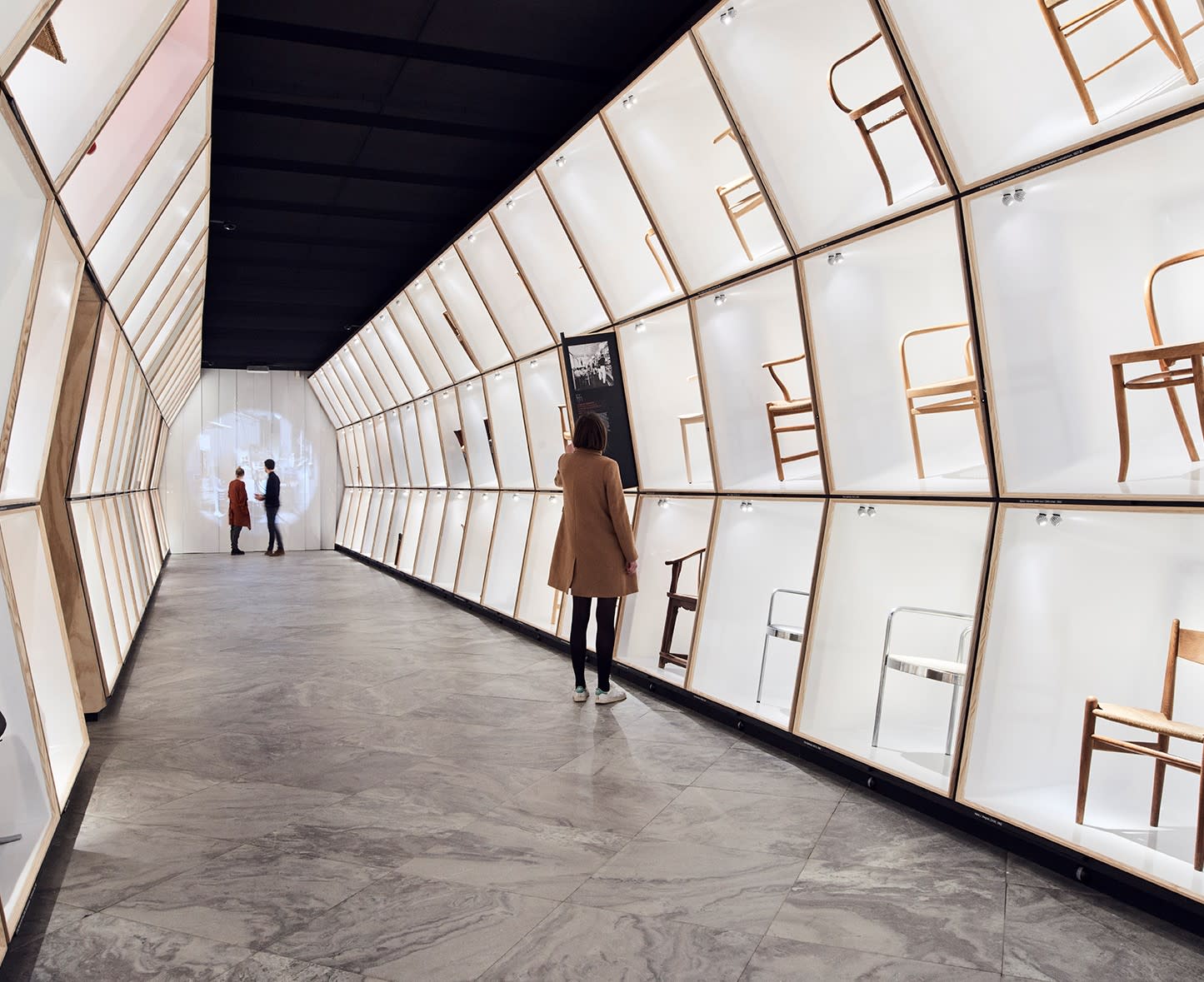 The Danish Chair tells the story of how Danish design turned into an international mega-brand, and draws a picture of the 20th-century Danish success story and export adventure known as Danish Modern. The chair is the closest item of furniture to a human being. It affects and reflects the body it has to carry with arms, legs, a seat and a back. It is the acid test of designers and a favourite object of design historians. The chair is also one of the most culture-bearing design objects. It reveals everything about the age and the society in which it was created. It invests the person sitting in it with status and identity. Discover a myriad of chairs in this unique exhibition. 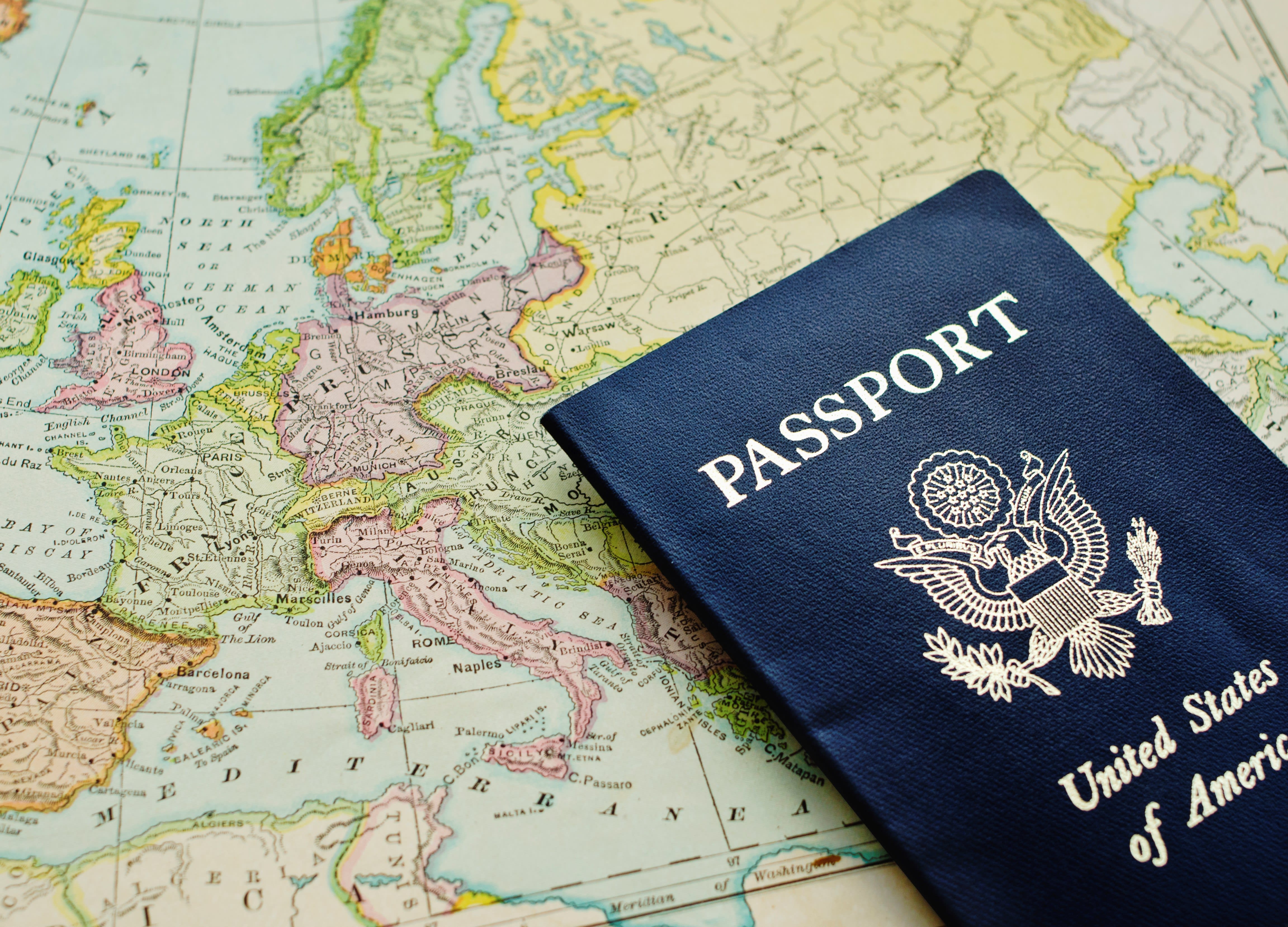 OBJECT IN FOCUS: The Passport

Passports are small but powerful designed objects. In his study The Design Politics of the Passport, Mahmoud Keshavarz reveals the social, political and material practices associated to the passport. Combining design studies with ethnographic research among undocumented migrants and passport forgers, Keshavarz shows how the world is designed to be strikingly open and hospitable to some, yet highly confined and demarcated for others. He also demonstrates how those who are affected by such injustices dissent from their situation through the same capacity of design and artifice. 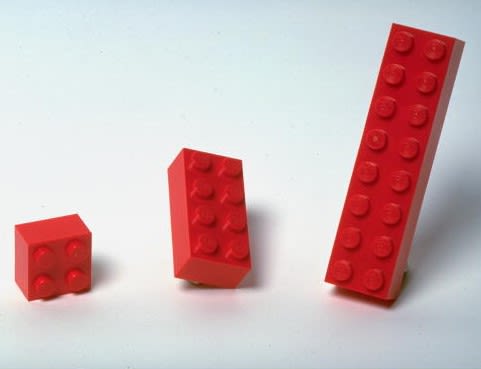 The famous architectural toy Lego derives its name from the Danish phrase 'leg godt' meaning 'play well', and is manufactured by the eponymous Danish company The Lego Group. First put on sale in 1932, the toy went through several early reinventions. Perhaps the most significant of these was in the late 1940s. In 1947 Lego's creator Ole Kirk Christiansen bought the first injection-molding machine in Denmark and two years later starting using it to produce his bricks. This use of innovative technology propelled Lego on its way to becoming the internationally recognised brand it is today. 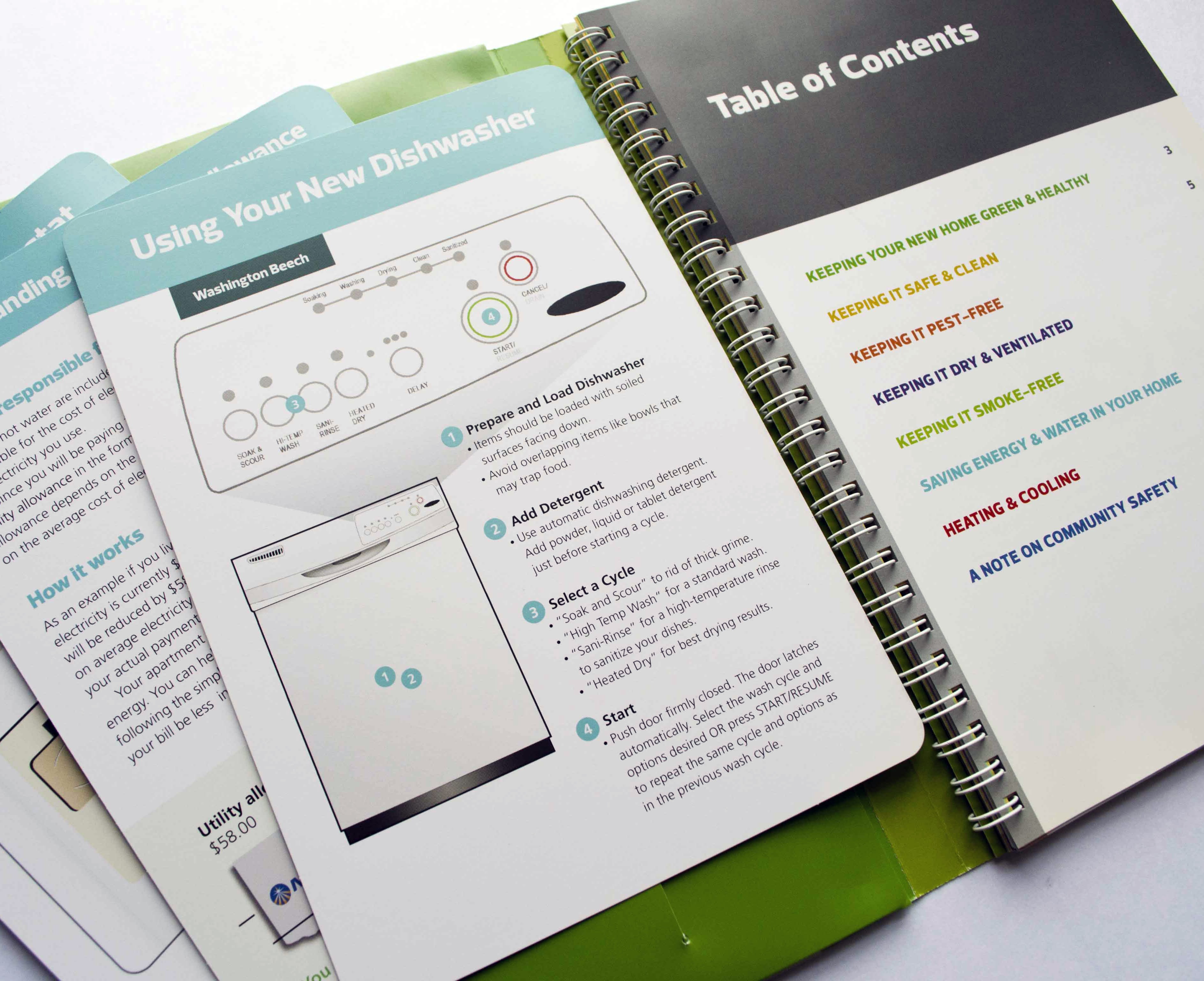 The 'Welcome Home' project - as featured in Developing Citizen Designers - provides an example of how design can be used to improve wellbeing. Professor Lisa Rosowsky and a group of graphic design students at the Massachusetts College of Art and Design were tasked with designing a booklet to help new tenants moving into new 'green' housing developments feel comfortable and safe in their accommodation, and to encourage them to live more sustainably. The information was presented in a highly visual way to cater for different levels of literacy, and was written in both English and Spanish to improve its accessibility. The project was an unqualified success and the booklet has been in print since 2011. 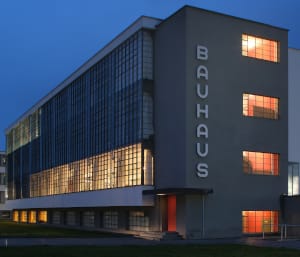 The Bauhaus was an avant-garde school of design and architecture founded in Germany in 1919, hugely influential in the fourteen years before it was forced to close by the Nazi regime. The school's pedagogical approach was based on workshops, in which students received training in a wide range of applied arts disciplines. The Bauhaus became associated with a modernist aesthetic in which form and function were equally valued, and with a utopian project to transform society by design. Clive Edwards' bibliographic guide and lesson plan provide useful resources to learning and teaching about the Bauhaus. 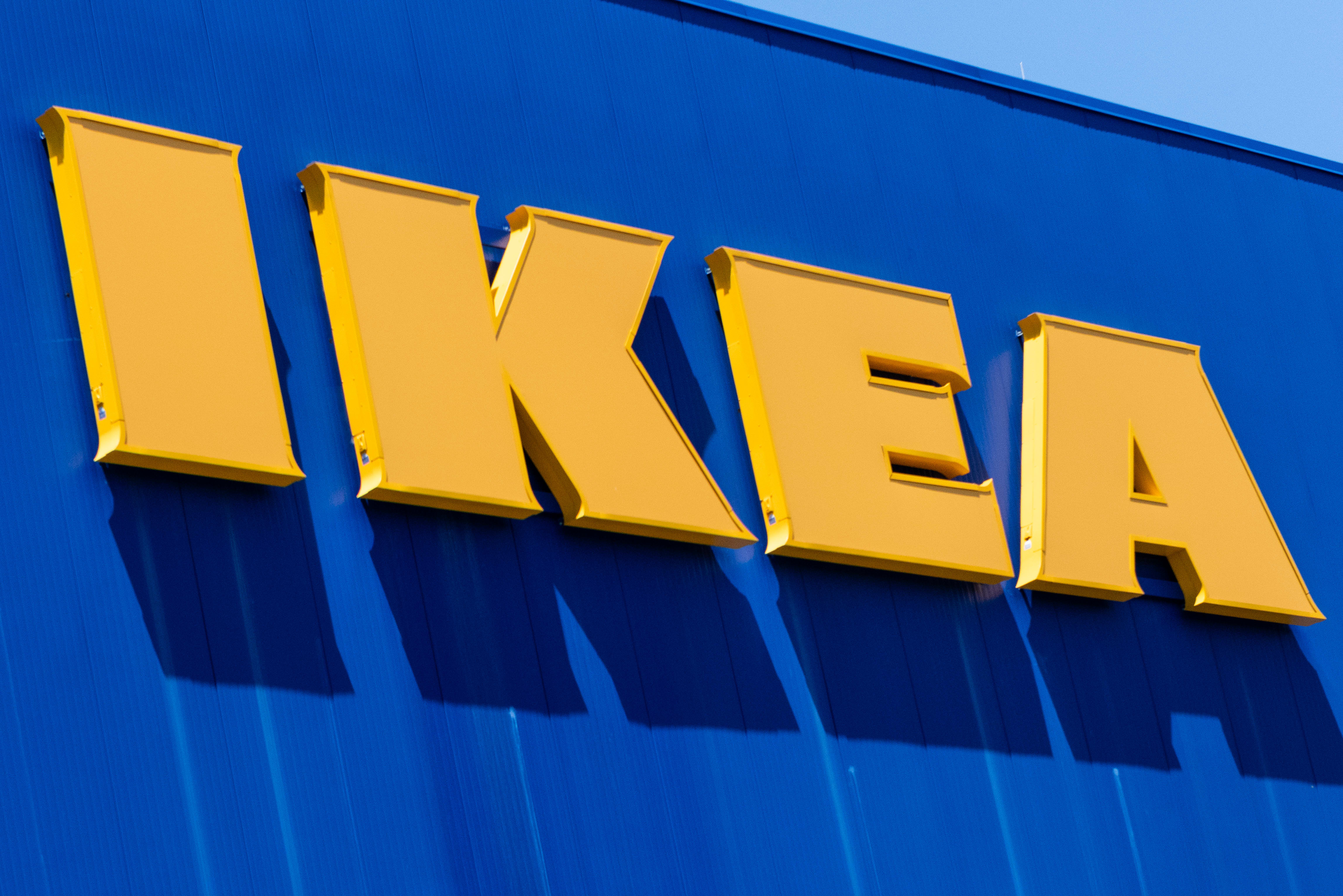 Through our featured lesson plan and bibliographic guide on Scandinavian modernism, students can learn about the importance of national style to European modernisms, the commercialisation of Swedish design, and the concept of 'design heroes' such as Alvar Aalto and Arne Jacobsen.